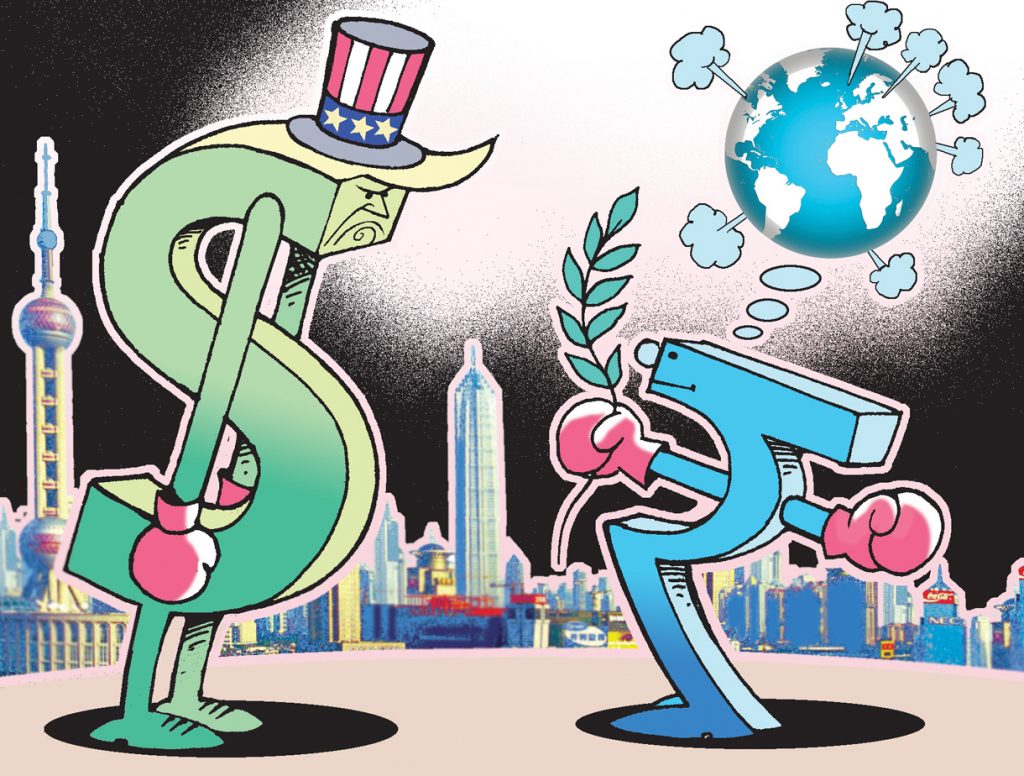 Trade wars will linger: India should concede what it must, secure what it can

Trade wars will linger: India should concede what it must, secure what it can

As the US celebrates its 242nd Independence Day today, the global order it has dominated for many decades is again being transformed. Earlier transformations saw US influence alternately increase – such as when the Soviet Union and its satellites collapsed three decades ago – and undergo relative decline, as with its global clout vis-à-vis China in the years since the Iraq war.

The current metamorphosis is fuelled by President Donald Trump’s muscular reorientation of US policies, most notably on trade. This impacts India’s interests, but not necessarily in black and white terms. There are both pitfalls to be avoided as well as advantages to be reaped.

Though many pundits, including most American ones, have been sharply critical of the US policy shift, it is important to grasp that it is not some fad foisted on the world by a whimsical leader. It was only after many months of sustained fulminations about Trump’s election that more balanced opinions have started appearing, attempting to understand and explain what had earlier seemed unfathomable to liberal mainstream media.

In a major inflection, the global economic order that prevailed post World War II, including the “consensus” on rapid globalisation in recent decades, is coming unstuck. Despite the many overwhelming benefits of free trade, commitment to it as an article of faith meant being blind to its losers.

There indeed were losers. It is well known that countries which rebuffed market forces, preferring grossly ineffective statist and protectionist models, have without exception bitten the dust. The Soviet bloc was the biggest example, and now countries like Cuba and Venezuela. But there were losers even in countries that participated in and benefited from the freer global trade system.

Ironically, even in the US, the leader of this global system, there were enough disaffected voters getting a raw deal to trigger a pushback. America had seen economic woes earlier during this era too, for instance during the stagflation years of the 1970s. But productivity gains, especially from technology, had helped it rebound in the 1980s and 1990s.

In this century, however, with much US manufacturing having already shifted to cheaper-labour countries, and a dysfunctional education system, there are enormous political pressures to protect those at the bottom of the American pyramid. Of course, protectionism cannot provide a sustainable solution, with gradual pressure on competitiveness and costs, but could very well provide short to medium term benefits.

On the other hand, the unequivocal winners of freer trade were nations that invested in education, embraced technology, reduced red tape, and thus ramped up their productivity and competitiveness. Singapore is the poster child of that kind of economic trajectory, succeeding beyond all expectations. Several other countries of various sizes have experienced similar upward mobility for decades, for the same reasons.

India was a latecomer to the system. With its highly controlled “mixed economy” model, it missed out on high growth opportunities for nearly half a century after independence. We have been catching up for the past quarter century by gradually opening up the economy, and now with a surge in infrastructure and a substantive structural rejig, the Goods and Services Tax (GST). But we are still held back by several legacy domestic hurdles.

Until we dismantle those domestic hurdles, India will continue to struggle with freer trade regimes, because of compulsions to be protectionist due to lack of competitiveness. To be competitive, we need to drastically reform our anti-investment and anti-employment labour laws; speed up the judicial process; further slash red tape; reform agriculture; and improve education. That would propel us into the top 50 of the World Bank’s Ease of Doing Business index from the current 100.

China is the outlier, having harnessed market forces and the open global trading system to grow rapidly for four decades, but is now accused of lack of reciprocal openness, and of gaming the global system to secure unequal benefits. Its massive trade surpluses have spurred tensions for years, and are the direct target of Trump’s attempt at forceful re-adjustment.

China and India’s responses to US tariffs are revealing. While both have retaliated, the former has blustered, ranted and threatened escalation, the latter has, wisely, quietly done the minimum necessary.

The most significant trade war in decades, if not centuries, is now well underway. Most leaders have responded with homilies like “There will be only losers” (French finance minister Bruno Le Maire) and “There will be no winners” (Chinese premier Li Keqiang).

While that is broadly true, the harsh reality is that some have more to lose than others. It is, therefore, no coincidence, that there is reportedly a sudden slowdown in Chinese funding for its Belt and Road Initiative (BRI). Moreover, China has recently shown an increased willingness to co-opt rather than constrain India through economic overtures. For its part, having demonstrated resolve during the Doklam standoff last year, India has now responded positively.

In discussions this week for creating the world’s largest trading bloc, the Regional Comprehensive Economic Partnership (RCEP), India sought free movement of people in lieu of lowering tariffs. That is a big ask amid growing global concern about immigration. But India will need some such sweetener, perhaps capped in absolute numbers for a specified period, until its economic competitiveness is improved with further domestic reform.