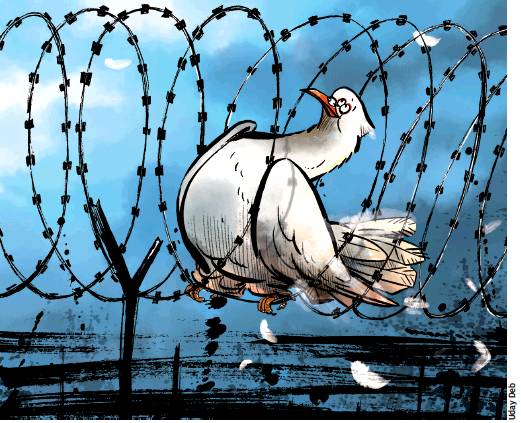 The punditry following election results in Pakistan last week has almost universally concluded that it bodes ill for any hopes of reviving India-Pakistan relations. While some in Bollywood and cricketing circles may see signs of hope in Imran Khan’s initial statements as PM-elect, realists in India have seen this movie before and are not holding their breath.

It is, nevertheless, worth taking stock of these developments. But first, a disclosure: I have visited Pakistan several times over the years, and participated in many Indo-Pak Track II dialogues, in both countries as well as in neutral venues. The experience has left me touched by the warm hospitality of many Pakistanis, but also sceptical about the prospects for normalcy as long as Pakistan’s army retains control of its foreign policy.

What became abundantly clear over the past year is that General Headquarters (GHQ) remains addicted to its bad old ways. There was a period of hope five years ago, when the Nawaz Sharif government became the first example in Pakistan of a transfer of power from one civilian government to another. But that was shattered by the army once again not just interfering in the government’s working, but blatantly manipulating its very formation.

This is not just an Indian narrative, but a global one, reflected in respectable international publications, such as in the current issue of The Economist. Thus Khan was being modest when he fretted that Indian media had “made him out to be a Bollywood villain”. He could justifiably claim to being portrayed negatively on a larger global canvas, though more as a proxy for the main characters.

Ironically, there was a time when Khan had taken breathtakingly out of the box positions, going starkly against the Pakistani deep state’s orthodoxy. For instance, his 2011 statement that the Kashmir issue should be “put on the back burner” while Pakistan focussed on its own development and cracked down on all terrorists, including those targeting India.

He was not alone. For many of the 18 years in this century, Pakistani politicians cutting across the spectrum would boast they had overcome their obsession with India. They would claim that anti-India rhetoric had stopped figuring in their election campaigns, and rue that “such maturity was not reciprocated across the LoC”.

In private conversations, Pakistani politicians came across as pragmatic, recognising the damage their country has suffered from decades of nurturing terrorists, and seemed open to seeking peaceful ways forward. Where we would come to a dead end in these discussions, however, was their insistence that India should commit to “uninterrupted dialogue”, irrespective of repeated terrorist attacks from bases in Pakistan.

That this was not reasonable to expect of Indian leaders, who faced the wrath of voters subjected to deaths and destruction from Pak-supported terrorism, was largely lost on many Pakistani policy makers. The reason for that was their ingrained belief that India “is just like Pakistan”, that it too indulged in cross border terrorism, and that India’s Pakistan policy was dictated by its army in a mirror image of what happens in Pakistan.

No amount of clarifications that India really just wants to get on with its own development; that it is not bent on harming Pakistan; that it has even tried unilateral climb downs as in IK Gujral’s prime ministership; and that despite an occasionally assertive comment by an army chief, India’s Pakistan policy is most certainly not determined by him; none of that seemed to register.

This near schizophrenia among some Pakistani policy makers has only worsened in the past four years. There seems to be a pervasive apprehension across the LoC that Prime Minister Narendra Modi and national security adviser Ajit Doval are hawks who are determined to give back to Pakistan a dose of its own medicine. Such sentiments resonate with and are exacerbated by many Indian peaceniks.

But that is not backed by facts. As author and South Asia specialist Myra MacDonald has tweeted, “The deadlock (in Indo-Pak relations) came when Manmohan Singh was PM and he bent over backwards to seek a peace settlement. Modi is an excuse for Pakistan to reject peace, not the cause.” And while Modi’s India has indeed resumed a muscular approach to Pakistan after decades, no one can blame him for not trying hard enough for peace.

The reality of Pakistan’s internal dynamics is evident in Imran Khan’s transformation. From questioning Pakistan’s India policy when he was an also-ran, to now the GHQ sponsored PM-elect who speaks the language of the deep state, the formula for political success there is clear.

Some see a ray of hope in Khan’s statements on Pakistan’s desperate developmental challenges of poverty and corruption. It is distinctly reminiscent of Modi, when he exhorted Pakistanis to join hands with India to tackle these shared problems. But Pakistan’s new PM, like his predecessor, will have no wiggle room on India without GHQ’s permission.

Though Pakistan’s army has on occasion sanctioned the cooling of border tensions, those have invariably proven to be only temporary, tactical retreats from an unwavering “India is the existential enemy” strategy. Any real change of heart will depend entirely on external circumstances, such as Afghanistan’s stability, America’s resolve and, especially, China’s largesse.