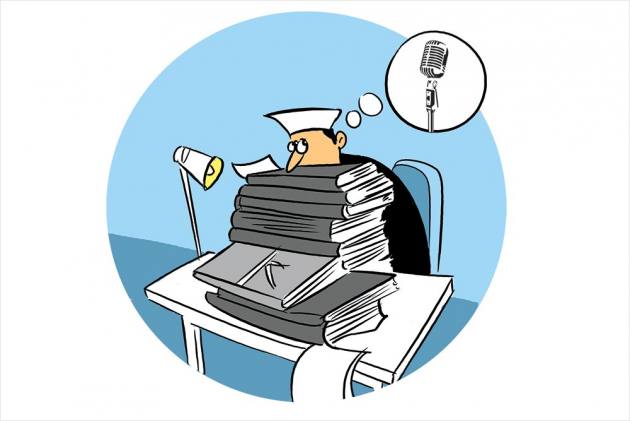 Google Has Impacted Our Lives In Profound Ways, But It’s Worth Pondering Costs And Benefits

For many of us who can remember the world before Google, the past two decades have gone by at breakneck speed, changing much about the human experience. There are still billions of people who have not yet experienced the internet, but their numbers are rapidly shrinking. To younger millennials or denizens of the population cohort after that, Generation Z, who grew up in the post-Google paradigm, anecdotes about life earlier can sound quaint. When I first became an MP in 2000, for instance, preparing for a speech involved submitting a written query on the topic to the parliament lib­rary. Several days later, a thick sheaf of papers would come back with everything they could dig up from their archives and hundreds of publications. Browsing through that file would be cumbersome, with no links to click for something related. More often than not, the exercise would be futile, for even then parliamentary disruptions were commonplace. Within a few years, I stopped disturbing the diligent librarian’s assistants, as gradually researching topics online became a viable alternative for those who were comfortable using the new technology.

Smartphones, mobile internet and maps have brought about other big changes. Long before Uber and Ola became household names in urban India, Google maps became the go-to app for early adopters of technology to find their way around town. I remember being amazed at being able to do away with the rigmarole of planning ahead to get to an ­appointment, guesstimating the traffic, and sometimes sending someone ahead to help guide me and save time.

The ability to find all kinds of ­information on a whim is fun, but the ways it has impacted our lives is profound. Take emails—the need to be organised, to arrange correspondence in a manner that it can be referred to in the future, has ­undergone a sea change. The ability to search through thousands of old messages in a millisecond has lifted a huge burden off those for whom organising is a chore.

But, as with everything else in life, there is no free lunch. The ­privacy we voluntarily surrender to avail these services means Google and its peers often know more about us than we do ourselves. Tho­ugh many online marketing offers can irritate, there are plenty that cause us to at least pause and look, and sometimes be thrilled. Crun­ching of big data by global tech giants to figure out our individual needs, wants and weaknesses has given them godlike powers. It is worth pondering the costs and benefits, and the road ahead for society.