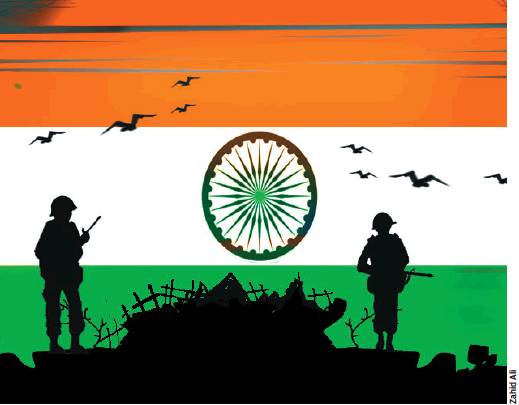 Next week marks the tenth anniversary of 26/11, a watershed moment in India’s long tryst with terrorism. It was only weeks after India’s tryst with destiny, as Nehru so eloquently described Independence, that “non state actors” poured across from Pakistan into Jammu and Kashmir. And despite J&K’s accession to India, several wars, and innumerable peace initiatives, they continue to trickle in today.

A decade is a long enough time after those cataclysmic three days in Mumbai —and the emotion-filled aftermath— to take a cold, hard look. What precipitated it? Have we learned lessons? Is our preparedness better today?

My generation of Indians, born decades after the trauma of partition, did not carry the same angst and deep emotions about Pakistan as our elders. Furthermore, those of us growing up in the 1970s and 1980s had little or no memory of the 1971 war, let alone the earlier two. Our approach to the disputed two nation theory was to let bygones be bygones, to live and let live, and to focus on our own betterment. This is especially so since India’s economic renaissance from 1991 onwards.

But as we were to learn in due course, our counterparts in Pakistan had grown up in an alternate universe, traumatised by their country’s 1971 dismemberment, and overpowered by religious fundamentalism. With only fleeting and venal experiences of democracy, a humiliated but defiant army wielded full control of its India policy. The use of terrorism as a tool of state policy acquired a cross-generational legitimacy that Pakistan is still unable to shake off.

Meantime, Delhi’s monumentally misguided blunder of undermining the 1987 state elections in J&K undid previous gains. Thereafter, cross border terrorism and the ethnic cleansing of the Pandits from the valley drastically changed the scenario. All subsequent attempts at peace have failed. No matter how much India tries to demonstrate its sincerity, no resolution seems possible.

It became increasingly clear to many Indians that live and let live is not what the other side will settle for. When Pakistan’s then army chief General Musharraf refused to salute Indian PM Vajpayee on his ill-fated bus diplomacy visit in 1999, it should have set alarm bells ringing about lingering grudges. Yet, India was taken by surprise when the Kargil war happened.

Kargil was a big blow to those Indians who thought peace with Pakistan was possible if only India were a bit more understanding and flexible. But 26/11 was the last straw. Large numbers of Indians realised that no matter how flexible we were, Pakistan, or at least its army, cussedly continued to view us as an existential threat.

It convinced many like me that no permanent peace was possible until Pakistan became a “normal” country, where elected civilian governments, and not its army, had the final say. This is going to take a while, perhaps a generation or even longer. Till then, there is no point in India being more flexible. Let alone peace, it wouldn’t even achieve detente.

So, a decade later, how far have we progressed in our preparedness against terrorist violence? It may be hard to decipher the signal from the noise amid all the cacophony of our polarized politics, but the facts seem to indicate noticeable improvement, albeit with still a lot of work ahead.

It is not just cross border terrorism from Pakistan’s that poses a risk to India, of course. Other threats include Left Wing Extremism (LWE) and other simmering insurgency movements. But despite a surge in casualties among security forces in the past two years, it may surprise the casual observer to realise that overall incidents of LWE violence have declined by 60% since 2009.

And this year, the union home ministry removed 44 districts from the list of LWE hit states, bringing down the number of affected districts to 30. This has been accompanied by a developmental thrust there, with large numbers of cellphone towers, roads, and Kendra Vidyalaya schools being constructed.

The northeast has seen similar improvements, with Tripura and Mizoram reporting no insurgency related incidents last year. While Manipur remains disturbed, overall the seven northeast states have seen a decline in militancy incidents in recent years. Some militant groups have been disbanded, others are in talks with the government, and the 1997 Naga ceasefire was extended by 2015’s framework agreement.

Starting shortly after 26/11, several national decisions have seen gradual, painstaking implementation over the years. These include a three tier coastal security arrangement; the upgradation of the Intelligence Bureau’s Multi Agency Centre (MAC) to 24×7 operations; and formation of NatGrid to link intelligence agencies. Similarly, three states have also set up SWAT teams.

However, CAG audits have exposed turf battles, delays, equipment underutilization and so on. Also, recent National Security Guard audits of 20 states’ police terror preparedness found all of them below par! And despite the sharp uptick of 1.35 Lakh new recruits in the past two years, India’s six paramilitary forces still have 55,000 vacancies.

Pakistan’s truculence, despite overwhelming global chastisement, is bolstered by the support it continues to receive from China at the UN and elsewhere. While India must continue to counter that diplomatically, we would do well to take our terror preparedness to the next level.