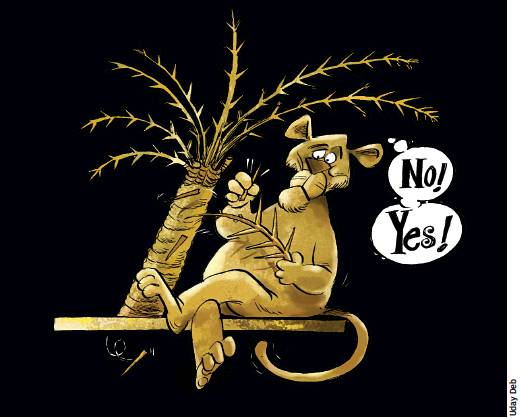 With The Reserve Bank of India (RBI) seeing its third governor in just over two years, there is renewed debate about its independence. This is a debate worth having, but not on narrow partisan lines. Instead, it is instructive to examine central banking’s history and its present day challenges.

Modern politics, governance and even economics often resonate with the dilemmas faced by nations millennia ago, with relevant lessons from the Roman republic, the Mauryan empire and the like. But central banking is different.

Central banks are a construct of modernity for which there is no specific ancient wisdom. The first one, formed exactly 350 years ago, was Sweden’s Riksbank, followed by the Bank of England (1791). Both were joint stock companies, aiming to lend funds to and buy debt from government. Others soon followed, including in the US and France.

This was progress from an earlier era of large merchants financing the sovereign. For example, the famous Rothschild family not only financed European rulers, but also profited heavily from a continent-wide courier network and its ability to get information ahead of others on the latest developments in markets and battlefields.

The role of central banking has evolved considerably since then. Two of its most vaunted aspects, core to the current debate, have been the entrenched orthodoxy for only four decades. These are: central banks’ independence from governmental interference and their focus on inflation targeting, which often puts them at odds with governments’ yearning for profligacy.

Though important voices have usually supported central banks’ independence, some have also questioned it. Former US Treasury Secretary Lawrence Summers wrote that “Independent central banks are better at controlling inflation. Shielded from the pressures of day-to-day politics, they can take a longer-term view and make unpopular decisions.”

On the other hand, Nobel laureate Joseph Stiglitz “has argued that economies with independent central banks don’t always do better in financial crises. The reason is that, as central banks have turned to new tools such as bond-buying to juice their economies, they have taken on more of the roles (of) lawmakers and government spending. The broader their tasks and wider the effects, the more politics is bound to intrude.”

This yin and yang on central banks’ independence comes down to a larger dilemma in democracies. That is, how much to leave to dispassionate experts who can take cold, hard decisions, rather than to popularly elected governments that are susceptible to short term pressures? Do governments take populist, economically unsound decisions? Of course, they do from time to time. But equally, are unaccountable, unelected technical experts infallible? Sadly, they are not. More on this below.

Ironically, the second article of faith about central banking demonstrates this dichotomy rather starkly. The practice of inflation targeting, now seen as almost its raison d’etre, did not happen in a vacuum. Rather, it happened because politicians —specifically, British Prime Minister Margaret Thatcher and US President Ronald Reagan— backed them into doing so in the 1980s.

The shift in the early 1980s came after years of economic stagnation and high inflation in western nations. That stagflation, as it was called, has been attributed to the Keynesian economics behind high tax and spend government policies. An interesting side note is that, though he was one of the most influential economic policy makers of the 20th century, Keynes did not actually have a degree in economics.

In any event, it was voters’ disenchantment with the economic malaise of the 1970s that gave conservative politicians like Thatcher and Reagan room for tough, rational decisions. Those included reduction in government expenditure, tax cuts, and indeed supporting higher interest rates to curb inflation.

Much has happened since then, and recent years have seen a pushback against central banks’ independence. A major turning point was the global economic crisis of 2008, precipitated by the US housing bubble. Legendary central banker Alan Greenspan, Chairman of the US Federal Reserve for nearly two decades, was accused of having kept interest rates too low and causing the crisis. In Congressional hearings, he admitted he “made a mistake.”

In recent years India’s RBI has been accused of the opposite sin, that of repeatedly getting its inflation forecast wrong and keeping interest rates too high, thus starving a growing economy of much needed liquidity. The resultant push by India’s government to make the RBI more cooperative is far from unique.

Globally, though central banks’ formal operational independence is still rather new —for instance, the Bank of England only got it in 1997– there are already reverses. In 2013 the Bank of Japan agreed to coordinate policy with the government, and other nations are trying to follow suit.

Only time will tell how Shaktikanta Das will perform as RBI Governor, but he would do well to find a balance between taking tough, unpopular decisions —with or without government backing— while also keeping an open mind towards urgent, short to medium term economic imperatives.

Finally, the assumption that former bureaucrats are sure to be pliant RBI governors is not borne out from experience, with both YV Reddy and D Subbarao having been widely respected. In fact, Stiglitz went so far as to say that the last US recession might have been avoided if Dr Reddy had been the Fed Chairman.