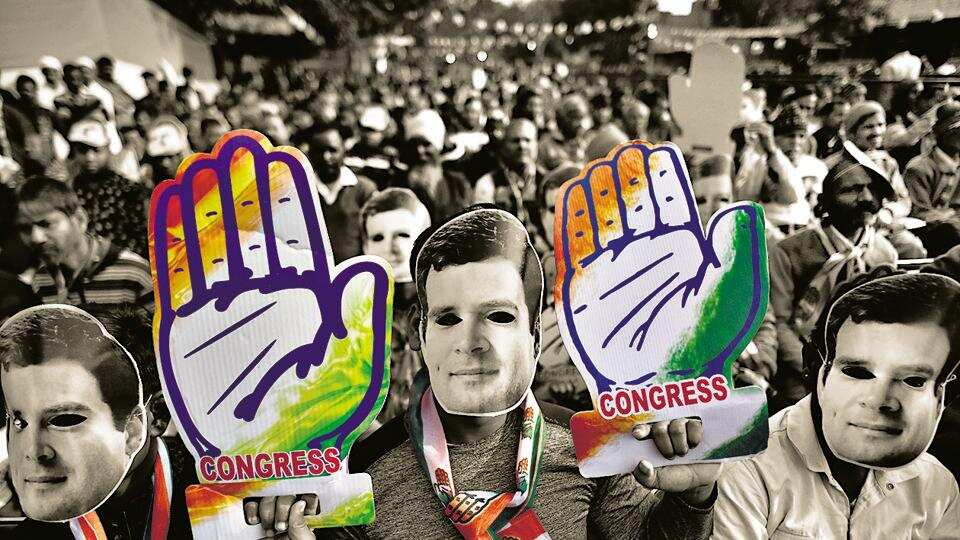 The decay of the Grand Old Party |Opinion

Image Source - The country needs an Opposition, but it is not the job of the governing party to create that(Biplov Bhuyan/HT PHOTO)

If, as seems likely at the time of writing, my friend Sachin Pilot parts ways with the Congress party, it would hardly be a novelty. Starting shortly after Independence, when the venerable Acharya JB Kripalani split to form his own party in 1952, the Congress has experienced over 70 such splits. But the severe decline of the party in recent years has left it incapable of surviving many more. Contrary to allegations of external interference, the party’s leadership has demonstrably been its own worst enemy.

A well-known definition of insanity is doing the same thing over and over again, but expecting different results. As the Congress collapses all around him, its heir apparent continues his unrelenting criticism and disrespect of every single thing that Prime Minister (PM) Narendra Modi says or does.

That strategy has been deployed for years now, and all it has achieved is earn its proponent a reputation for lack of political acumen, and understanding of history, and of voters. This attitude that if Modi says or does something, it is inherently bad and must be opposed at all costs is irrational. It is also no longer exhibited by other political opponents of PM and the Bharatiya Janata Party (BJP), and they have a better recent track record than the Congress.

The most prominent example of that is the Delhi chief minister (CM), Arvind Kejriwal, who abandoned his earlier blind opposition to PM a couple of years ago after registering that voters did not resonate with it, and that it was costing Aam Aadmi Party dearly. Since then, though, of course, he continues to be a bitter political opponent, his stand is much more nuanced, especially on issues of national security such as Balakot and the clash with China.

There are many other political leaders, far more successful than the Congress scion, who have similarly adjusted their party line. They sensibly avoid criticising national security choices, but also carefully avoid picking fights on other topics where the Modi government is perceived to have performed well and earned voter appreciation. The classic example of this is the now grand old man of Odisha politics, CM Naveen Patnaik, who, in the past six years, has shrewdly avoided clashing with PM on most national issues, while bitterly opposing the BJP on local issues.

The lack of course correction for strategies that have repeatedly failed is one of several reasons for the Congress’ decimation. Frustrated Congress leaders privately say that this obduracy contributed to the party’s dismal performance in the last year’s general elections. While it was clear that a particular derogatory slogan against PM was not only not working, but boomeranging, the then Congress president nevertheless insisted on doubling down on it, even accusing reluctant colleagues of cowardice.

There is an even more fundamental reason behind the Congress’ collapse: Any organisation that deliberately suppresses talent, will sooner or later pay dearly for it. It is no secret that my young friends now abandoning the Congress were repeatedly denied their due. Though the high command’s last remaining loyalists contest this, claiming that they had all achieved positions over the years, the fact remains that they are more popular and capable than others who continue to lord over them in the party.

Of course, the Congress is not the only party that deliberately suppresses its talent for feudal reasons; it just has the longest record of this and has suffered the most damage from it. Several regional parties that emulated its transition to family fiefdoms are now showing signs of the same atrophy. On the other hand, one of the biggest contributors to the BJP’s rise over the decades is its ingrained culture of actively nurturing talent.

There seems to be a feeble attempt within the Congress to rectify some other longstanding blunders, as with the recent commemoration of late PM PV Narasimha Rao’s centenary. But it is simply too little, too late. The downplaying of its non-family former leaders has become part of the party’s DNA since the 1950s. This attempted fix was like applying a band-aid for stage-4 cancer.

I am occasionally confronted by some with the argument, “but a healthy democracy needs a strong opposition”. Some others argue that an overly strong opposition more concerned with power and privilege, rather than development and national security, has far more costs than benefits for the system. Be that as it may, it is hardly reasonable to expect other parties to be apathetic to the self-destruction of a formerly Grand Old Party. It is but natural that political opponents would try to occupy the space thus created.

Neither can it be considered the role of a governing party to set right an opposition one collapsing under the weight of its own contradictions. That role rightly belongs to civil society. But many in civil society actively colluded with the feudalisation of the Congress. Some did it for the power, pelf and patronage they received. Others just condoned and tolerated its decay into irrelevance out of a fear of change.

A principled, robust Opposition is an asset in a democracy. That can, and should be, supported by all stakeholders. But it will not come about by trying to bring back to life something that died a long time ago.