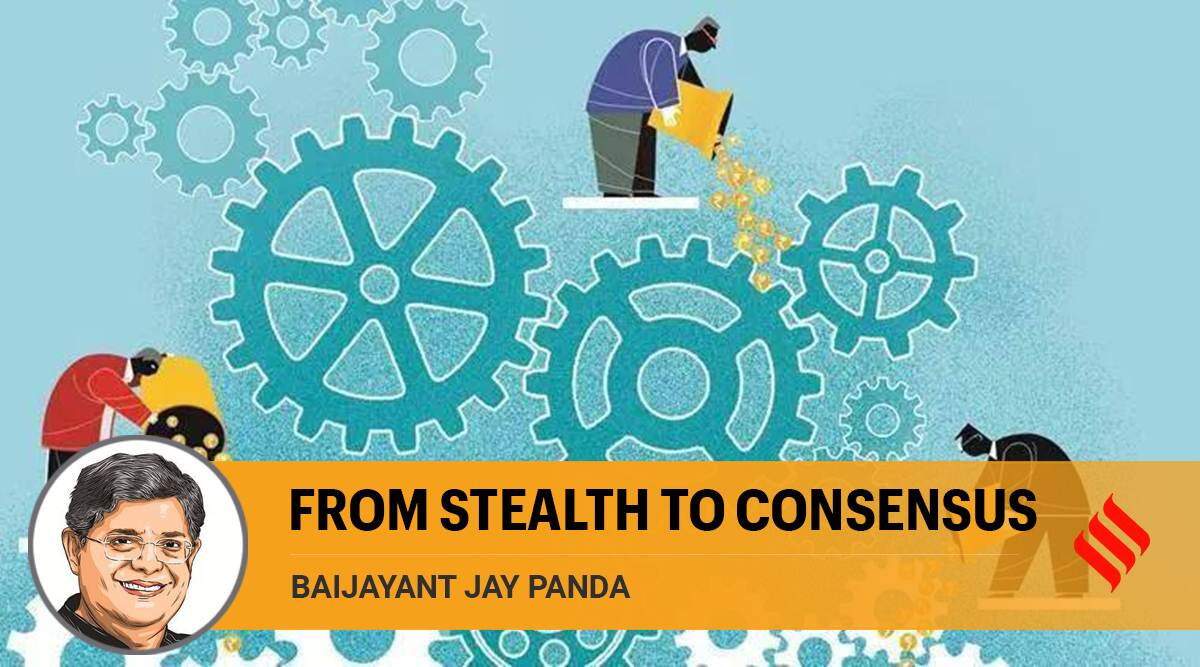 Before, there was reform by stealth. Now, it’s time for reform by consensus

Image Source - While claiming credit for the 1991 reforms, Congress leaders must introspect why these reforms were required in the first place. The economic crisis in 1991 was an inevitable consequence of disastrous Nehruvian economics.

In a recent statement on the 30th anniversary of the 1991 economic reforms, former Prime Minister Manmohan Singh indulged in some self-praise, crediting the Congress party and his colleagues for paving “a new path” for the country’s economic policy. However, besides the much-needed and much delayed 1991 reforms under the leadership of Prime Minister P V Narasimha Rao, Singh and his party have little to back their credentials as committed economic reformers.

While claiming credit for the 1991 reforms, Congress leaders must introspect why these reforms were required in the first place. The economic crisis in 1991 was an inevitable consequence of disastrous Nehruvian economics.

Congress was finally compelled to give up on Nehruvian economics when the nation was pushed to the brink of economic collapse and no other option was left. But such are the contradictions within the Congress that on the one hand, it takes credit for the reforms done under compulsion in 1991, and on the other hand, it celebrates Nehruvian economics.

Despite knowing the pitfalls of the Nehruvian consensus, Singh had remained silent while holding many top offices in Congress regimes of the 1970s and ’80s. This was tantamount to being complicit in derailing the Indian economy.

The former PM had quoted Victor Hugo and ended his budget speech in 1991 with the words, “no power on earth can stop an idea whose time has come.” However, the lack of conviction in those ideas was on display when reforms came to a grinding halt under the decade-long UPA government he headed.

In that disastrous decade, landmark economic reforms like the Goods and Services Tax (GST) remained a distant dream as the UPA government failed to build a consensus among state governments. Similarly, key sectors of the economy like banking, finance, insurance, etc. were starved for reforms.

The government was disinterested in the ease of doing business and entrepreneurs remained pariahs, except their pool of cronies with their scams in telecoms, coal and more. Despite recognising the farmers’ difficulties in selling their produce, agriculture markets were never considered. The UPA government did not even try to initiate reforms in labour and environment laws, considering them too politically sensitive. With so many missed opportunities with Singh at the helm, anybody should think twice before endorsing his team’s reformist credentials.

Numerous Congress leaders have highlighted the importance of reforms by consensus rather than stealth. It is helpful to look back at history to check whether their actions matched their words.

Senior Congress leader Jairam Ramesh, an Officer on Special Duty (OSD) in the PMO during 1991, wrote in his book on the 1991 economic reforms — “The two-step devaluation decision was taken purely between the prime minister and the finance minister, and was conveyed to the governor and deputy governor of the RBI. The finance minister had wanted it that way because he felt that given the 1966 experience, the cabinet would never give its consent.” Forget getting various stakeholders on board, the then finance minister and future PM did not even trust his own cabinet colleagues.

In a recent interview, Montek Singh Ahluwalia, Secretary of Commerce in 1991, proudly recalled the speed with which trade policy reforms were initiated. He said, “The whole process of abolishing import controls and moving to market-based methods of allocating imports, with an ultimate shift to a market-based exchange rate, was done in the space of eight hours.”

One of the landmark decisions in 1991 was the new industrial policy, announced a few hours before the Union budget on July 24. The draft of such an important policy with far-reaching impact was prepared in a few weeks. A cabinet note was discussed on July 19. Due to opposition within the cabinet, the PM formed a group of ministers. The GoM met the next day itself and many ministers had apprehensions about the policy according to Jairam Ramesh. On July 23, the cabinet eventually passed the policy. To save time, the PM called a meeting of the entire council of ministers and Congress Working Committee on the same day and got it passed.

Despite advocating “reforms by consensus”, did Singh or his colleagues advise the PM to consult various stakeholders with the final draft of the policy? How many state governments gave their suggestions and feedback on this draft policy with far-reaching consequences? Despite the lack of efforts to build a consensus, the Congress party continues to recall the 1991 economic reforms as a glorious achievement.

Economic reforms have always been a matter of political opportunism rather than a policy commitment for the Congress. Due to insecurities over sharing credit for the 1991 economic reforms, the party and its leaders never mention the role of Prime Minister P V Narasimha Rao. In his statement, Singh attributed credit for the reforms to his party and his colleagues and failed to even mention the former prime minister.

The Congress has paid lip service to economic reforms but has never hesitated in claiming credit to appease the middle-class. Singh ended his statement with the poet Robert Frost’s famous line, “But I have promises to keep, And miles to go before I sleep”. Perhaps, he and his party need to introspect why they have prioritised politics over policy to prevent the Narendra Modi government from keeping those “promises”.