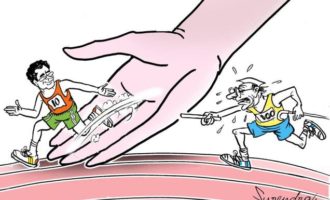 We often pride ourselves on being the world’s largest democracy however, are we a truly representative one? The answer to that question can go several ways. However, this article will only address one aspect i.e. the process of candidate selection in political parties in our country. Although candidate selection for election plays a vital role in any democracy, it has not attracted enough attention in India. While in some parties committees are set-up to select candidates, in other parties candidates are selected by a handful of influential leaders. This has perpetuated a system of nepotism and has often resulted in candidates with questionable antecedents and substantial wealth being fielded.

While questions of democratic processes in candidate selection are hardly discussed and largely ignored in India, in several advanced democracies like the United States of America the system is deeply rooted and firmly established. In the summer of every presidential election year, parties in the United States conduct national conventions to select their presidential candidates. At the conventions, the presidential candidates are selected by groups of delegates from each state.  These delegates are selected at the state level, as per the rules determined by each political party’s state committee; but mainly based on two methods – the primaries and the caucuses.

A caucus is a system of local gatherings where voters decide which candidate to support and select delegates for national conventions. A primary is a statewide voting process in which voters cast secret ballots for their preferred candidates. Primaries are also of two types: closed and open. In a closed primary only registered members are allowed to vote. As opposed to this, in open primaries, voting may be done even by non-members. However, people are allowed to vote in only one primary. Most states in United States hold closed primaries.

The candidates for other elections in United States such as members of the Senate and Congress, as well as the Governor are also selected through the primary process. By involving citizens in the process of candidate selection, political parties are made accountable and transparent to the public who they seek to represent.

While primaries are now part and parcel of the election process in the US, this wasn’t always the case. Until the early part of twentieth century the delegate selection process to the national convention was far from democratic or transparent and was instead extremely nepotistic. It was during the late nineteenth century, that US experienced rapid economic growth coupled with social conflict.  Political corruption was rampant and big businesses heavily influenced the government decision making process. Politics came to be dominated by spoils system in which constituents supported a candidate in exchange for anticipated patronage.

All this changed with rapid economic growth which produced a large middle class who went on to demand radical social and political reform in US. Parallels can be observed in Indian society today.

India has witnessed some landmark developments that have centered on weeding out corruption and decriminalizing politics. The Supreme Court judgment on section 8(4) of the Representation of People Act was seen as a progressive step towards breaking the criminal-political nexus and the rise of the Aam Aadmi Party proved that lineage was not a necessity to rise in politics.

In its first ever electoral contest, AAP emerged as the second largest party in Delhi Assembly winning 28 of the 70 assembly seats. All of the 28 AAP MLAs were new to the poll arena but managed to defeat a number of heavyweights. The candidate selection procedure adopted by the party was one of the major factors in its success.  A mix of preferential voting and consultation process in several stages was undertaken by the AAP for choosing its candidates.

Any person with the support of 100 voters was allowed to propose his candidature for the elections. This was followed by a screening process by a committee which shortlisted a maximum of 5 candidates from each constituency. Preferential voting by the active AAP cadres to rank the shortlisted candidates followed this step. The last step was a little short of an interview process with the political affairs committee of the AAP. The final candidate was selected based on the preferential voting as well as the interview with the shortlisted candidate. While the preferential voting helped in gauging the popularity of the candidate, the vision and plans of candidates for the constituency were determined based on the personal interactions with the candidates. This consultative experiment worked wonders for the Aam Aadmi Party, as was reflected in the popular vote it received in the Delhi Assembly elections.

This stunning debut of AAP in Delhi has forced other parties to adopt a more democratic process for candidate selection. Parties like the Indian National Congress, have decided to try out the primaries for selecting sixteen of its Lok Sabha candidates, other parties have been forced to adopt a more consultative approach with their cadres.

The Congress Party’s new mode of candidate selection has been introduced with an objective of empowering the grass root party workers.  A representative cross-section of party workers, leaders and influencers (such as presidents of various professional associations of doctors, engineers, labourers etc. in the constituency) will decide the Lok Sabha candidate for the constituency by participating in a simple voting process. Any eligible person satisfying certain requirements shall be accepted as a candidate for these primaries.  Congress party has already conducted all these primaries and has selected its candidates. Apart from two constituencies where there were single nominees for the candidature, electoral colleges of varying sizes (from 200 to 1,000) have voted for their choice of candidates. The process is likely to be adopted in a much deeper way by the Congress party in its ticket allotment process for future elections. Hopefully, this would lead to selection of better candidates in a more transparent way.

If parties are able to win popular support for undertaking such initiatives and subsequently validation by way of people’s votes, then more and more parties will adopt similar processes towards transparency in candidate selection. However, in order for that to happen, the public must engage with the system and keep up the pressure on political parties  for these changes, as they will go a long way in making India a truly representative democracy.