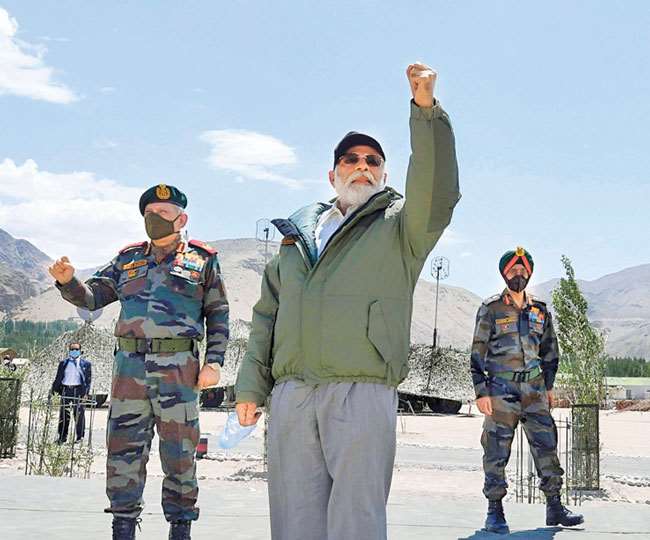 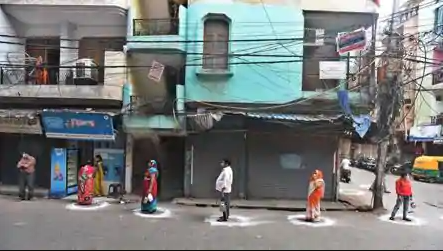 The ongoing 21-day national lockdown is unprecedented, though it could not have come as a surprise to those who had been watching how other countries responded to the coronavirus pandemic (Covid-19). India was quick to react to it, convening a crisis management group in early January.

Since then, beginning with the stoppage of flights from China in January, to screening of arriving international passengers, and quarantining, preventive measures have been gradually ratcheted up. This is as it should be. Any other way, say, imposing total lockdown a month earlier, would not only have been premature, but would have had a calamitous impact on the economy, far worse than the already serious current setback.

More importantly, such a drastic measure likely could not have been enforced before achieving a tipping point of acceptance among the populace. In fact, even now, there are stray examples of lack of compliance, even among the educated middle-class. This is why the rehearsal on March 22, the voluntary one-day “janata curfew” (people’s curfew) was a crucial prerequisite.

The eerie stillness all around the nation during the janata curfew was unprecedented. Social media was full of netizens’ posts, some with videos, about the only sounds heard all day being the long-forgotten chirping of birds. Except at 5pm, with millions thronging their doorsteps, balconies and windows to applaud the work of those in essential services with protracted clapping and clanging of utensils.

India has seen large-scale mass movements before, of course, but they have been political. From Mahatma Gandhi’s non-cooperation movement to Jayaprakash Narayan’s challenge to Indira Gandhi’s continuance, impassioned millions thronged the streets. And despite stated objectives to the contrary, violence invariably ensued.

But never before had India seen the buy-in, on such a grand scale, totally peacefully, of so many of its citizens for a social cause. Yes, there were a few who came out onto the streets in a misguided, celebratory mood. But they were a tiny fraction of those who joined in from their homes, in the true spirit of what was being attempted.

The reason this exercise was important has to do with democracy and State capacity. Authoritarian states like China can, and did, clamp down hard in enforcing social distancing. Of course, China bears culpability for suppressing information about the coronavirus in the initial weeks, to the extent of harassing and disciplining the first whistle-blower doctor. But in a first after decades, it demonstrated something heretofore unimaginable in the 21st century, that shutting down entire cities and provinces was not only conceivable but also doable.

Democracies find it harder to emulate that sort of brutal, top-down policymaking and enforcement. Examples abound in this particular crisis itself, with various democracies reacting at different speeds. All democracies, by definition, are burdened by slower decision-making than authoritarian ones. The ones that did take tough decisions faster did so, more likely, because of cultural attributes than any inherent systemic speed.

As the largest, most diverse democracy, India is no exception. In fact, over the seven decades in which it has been gradually rediscovering its historic relevance after centuries of slide, India has often been found wanting in State capacity on a variety of fronts. Unlike in China, therefore, no one, not even the most popular prime minister (PM) in decades, could simply snap his fingers and expect to successfully enforce a lockdown. Millions of argumentative Indians would have resisted, not for rational reasons, but due to long inculcated discomfort with diktats.Thus, democracies require leaders who excel at communicating with the masses, especially during crises. And that, unarguably, is this PM’s forte. Even leaving aside his ability to rally the electorate during campaigning — which has resulted in the biggest mandates in decades — there are plenty of other examples.

Narendra Modi’s messianic zeal in uniting millions for a social cause, simply by the power of exhortation, has been on display many times. His reigniting of the national consciousness towards public hygiene through the Swachh Bharat Mission was initially mocked by opponents. But six years down the line, it is widely acknowledged as having begun showing results. There is still a long way to go, but changes in attitudes are discernible.

Similarly, among many other examples, another one that stood out was the PM’s appeal to middle-class beneficiaries of subsidised cooking gas cylinders to voluntarily surrender them. Over 10 million Indians did so, enabling subsidies to be directed to the needy.

Nevertheless, to stop a pandemic in its tracks in a country like India, exhortation is a necessary but not sufficient precondition. Strict enforcement is unavoidable. Though large segments of the population are convinced of the need for social isolation, a few can still be seen violating the lockdown. Whether they are not yet convinced or are indisciplined, harsh enforcement of public health guidelines must be put in place.

As these weeks grind on, there will be many challenges. The marshalling of enormous resources will be required. The big package announced this week for the most economically vulnerable citizens is a crucial component. The government is surely working on more such measures. And yes, from time to time, exhortations from the top will continue to be needed.

The coyness with which Indian politicians desist from publicly describing Naxalites as terrorists is telling. But ask them privately,as I have of many,and a surprisingly large number of them have no compunction in saying that encounters are the only way to deal with them.These anonymous endorsements for dispensing summary justice by way of staged encounters where police and paramilitary forces are encouraged to gun down suspects in cold blood also speak volumes about political correctness in the largest democracy on earth.

India has long been called a soft state when it comes to taking hard headed decisions in the national interest that is,taking those decisions in time,well before years of festering brings the country to the brink of calamity. After years of the central government pretending that Naxalism was a state level problem,we are now at that brink nationally. In large swathes of the country today,the writ of the state has been replaced by that of the Naxals,who collect taxes,hold trials,issue punishment (including executions),recruit and operate a standing army,and are deeply dedicated to overthrowing the six-decade old Republic of India.

It is,of course,the failure of the republic to improve the lives of hundreds of millions of Indians that created the conditions for Naxalism to grow in the first place. This original sin has underpinned the guilt-ridden response of many liberals. Naxalism is not a law and order problem,goes the argument; it is a socio-economic one. The reality,of course,is that it is both. The tragedy is that the debate on how to deal with Naxalism invariably treats the problem as one or the other  that is,either a law and order problem,to be dealt with harshly,or a socio-economic problem,to be tackled with dialogue and development  when what is probably required is to do both.

The origins of Naxalism might lie in socio-economic injustices,but the movement has long since gone past the stage of fighting for social justice and development. In fact,and this is what the liberal viewpoint often misses out,the Naxalites today actively oppose any form of developmental activity,be it the construction of roads,schools,hospitals,anything whatsoever,with the cold-blooded aim of securing their turf. Their sole objective today is to ruthlessly keep hammering away at the organs of the state until the state is no more. The movement is explicitly committed to dismantling the republic,doing away with elections,closing down the media,and,by way of its sympathy for regional breakaway groups,chopping up the country.

So are they terrorists or not? The only stretch by which it could be argued that they dont meet all the characteristics of terrorists  as opposed to militants or freedom fighters of some kind  is that they do not officially target innocent civilians. But ask those who understand the problem best,those who have studied the Naxals credo and have actually risked their lives in the frontlines,and they will tell you that there is no doubt at all.

Does that mean that dialogue with them should be out of the question,military-style action the only option? Not exactly. National policy must first distinguish that all Naxals are not equal. Many of the Naxal elite are college and university educated,they form the core of the CPI (Maoist) party,are its ideologues,and aspire to come to power some day. They must be tackled differently from the grunts,the disaffected tribals and other disenfranchised Indians who are the indoctrinated foot soldiers.

The central government has finally put together a grand plan,which will hugely increase boots on the ground to fight fire with fire. Those of us from Naxal-affected states had for years been wondering when Delhi was going to wake up and smell the coffee. Delhi seems to have not only smelled the coffee,but ingested a large dose of testosterone as well. But while hitting back with firepower is a necessary evil  necessary because the policy needs to have both carrot and stick  it will sadly not be enough.

The Naxals have been preparing for this day for years. They believe they have the upper hand in guerrilla type hit-and-run jungle warfare against the paramilitary forces being massed against them. They will also not hesitate to use as cannon fodder their cadre of foot soldiers. While the resolve of the Government of India will surely be tested,that of the Naxalites will not be,until and unless their core leadership,their ideologues,are engaged.

It is here that dialogue,track two discussions,could help. As in other militant movements in the North East for instance resolute military action combined with astute discussions could help to bring them into the mainstream. But there are those who maintain that dialogue is not the only complement to massive armed action. A retired civil servant with experience of such matters recently told me that talks are a waste of time,but a hundred or more top (Naxal) leaders need to be wiped out by targeted action,just the way it was done in Punjab before the terrorism there could be solved,and exactly how progress has been made in Andhra Pradesh.

There is hidden irony in the underlying similarity of these vastly different approaches talks vs. encounters  in that both doves and hawks are unwittingly saying the same thing: the massive armed action being readied now will run into expendable,and renewable,low-level Naxalites; what is also needed is a plan to tackle their leaders.