What Modi Can Do Next?

This article was published in the Times of India on 2nd August, 2017. 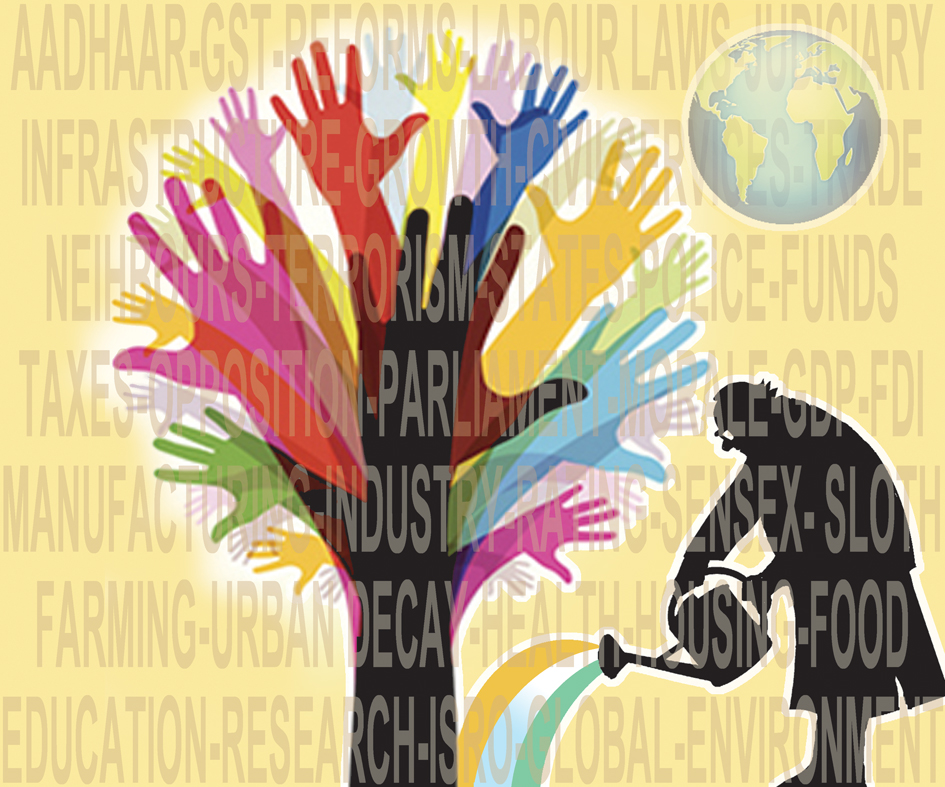 What Modi can do next: Government looks unassailable now, undertake bold policy moves to transform India

Rare is the government that is stronger when nearly two-thirds into its term than at the start. Yet, few would deny that is the case with the Modi government today, especially after the coup in Bihar last week, when it weaned back into its National Democratic Alliance (NDA) the redoubtable Nitish Kumar.

By most accounts, this has dealt a body blow to the opposition. What are the implications of this for governance and reform? Not many would bet on this prime minister playing it safe from the current high till the next general elections. That just does not seem to be his style.

There are already substantial changes underway. The Goods and Services Tax (GST) is beginning to drag large chunks of the informal economy into the formal one. The increasing use of Aadhaar, and its unparalleled ability to “de-duplicate” beneficiaries, is drastically pruning the leakages in governmental schemes. India is finally getting international acknowledgment of its surge in infrastructure. And, going by Niti Aayog and International Monetary Fund (IMF) estimates, the GDP growth rate again leads the world’s large economies.

But the same growth rate today – for argument’s sake, let’s take the IMF’s projected 7.2% and 7.7% for the next two years – no longer creates the same number of jobs it would have a decade or two ago. The nature of the world’s economies has changed, with far more automation and disintermediation than ever before. That remains a fundamental challenge for India.

I have discussed a Universal Basic Income (UBI) in these pages, an idea being championed by many across the world, with a closely watched pilot project in Finland. While the debate on UBI is hotting up in India, it remains a cutting-edge but still untested idea. It deserves encouragement but also critical assessment, including randomised controlled trials.

Meanwhile, there remain many conventional policy options to dramatically boost India’s economy and governance standards. In some ways these are “no brainers”, tried and tested the world over, and brimming with common sense.

Consider just three such reform options. Judicial (including an overhaul of the criminal justice system), Administrative, and Labour are arguably the three most impactful areas, whose restructuring would transform India’s fortunes. In fact, they have all been attempted before, but lacked the political consensus needed to succeed. With the government’s commanding position today, if its key members are persuaded of their utility, consensus is less of a hurdle.

No society can function well if justice is uncertain or delayed. India’s abysmally clogged judicial system, where even heinous crimes can take decades to investigate, prosecute and try, is in desperate need of reform. Besides our judicial system’s woeful impact on social justice, poor contract enforceability is one of the biggest shackles on our economy.

The last attempted judicial reform ended with the Supreme Court’s tragic 2015 overthrow of the National Judicial Appointments Commission (NJAC), preserving the world’s only self-appointing collegium system. NJAC had been based on UK’s path breaking act, incorporating transparency and checks and balances, and had unanimous political backing.

With that unanimity now lacking, it is unlikely this government will expend political capital on revamping judges’ appointments. Nevertheless, opportunities abound in police, prosecutorial and judicial procedures reform. But some of these, like funding more police hiring, have large cost implications whose benefits take a long time to show up, not exactly ideal for election cycles.

Similarly, the creaky “steel frame” civil service, designed in the 19th century for colonial aims, is at odds with 21st century India’s needs and aspirations. Sure, it has bright people who once pipped millions of others in an exam. But its systemic flaws, including generalists handling specialised domains, job security despite non performance, short tenures at each post, promotions on seniority rather than merit, etc have long been a crippling choke point for the nation.

Earlier prime ministers including Vajpayee and Manmohan Singh had attempted major administrative reforms but were forced to back down. This PM seems to be going about it incrementally, and quietly. The government has started penalising non-performers and, earlier this month, modernised bureaucrats’ appraisal system, including for the first time peer and subordinates’ feedback.

There have also been reports of significantly larger shares of posts usually “reserved” for the premier Indian Administrative Service (IAS) now going to allied services officers. Could this be a precursor to lateral entry from outside the bureaucracy? If yes, that would be excellent, having been recommended repeatedly by experts.

Finally, our counterproductive labour laws act as a massive brake on job creation, especially in manufacturing, which has stagnated at around 16% of GDP for more than three decades. Economists Jagdish Bhagwati and Arvind Panagariya have written that it is impossible to comply with all of India’s approximately 200 labour laws.

Both the Union government as well as a few states have started tinkering with those. But for the magnitude of jobs crisis India faces, this is too little. It requires radical national level reform to significantly boost job creation.

Traditionally, all Indian political parties have relied on unions, making labour reform unachievable. But Modi pushed GST through despite apprehensions among his party’s traditional base of small traders. With his government now looking unassailable, could lightning strike twice?