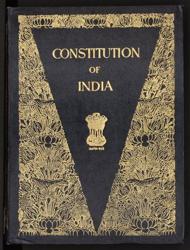 Opinion | Federalism is not a one-way street

Image Source - The tussle between central authority and decentralisation is relevant for democracies, especially large or diverse ones (HT Photo)

India has just completed 70 years as a Republic, the largest democracy in the history of humankind. To many Indians, it may seem odd, perhaps even disconcerting, that the nation continues to debate fundamental principles about the nature and structure of our government. However, to students of history, this is a familiar tussle.

One of the most contentious of these is the issue of federalism. The crux of the debate is about the division of powers between the Union government and the states. At different times, different factors have energised this debate. Currently, two developments have once again brought the issue to the forefront. One is the apparent resistance by some Opposition-governed states to the Citizenship (Amendment) Act (CAA), and the other is a judicial challenge by one of them to the 2008 Act, creating the National Investigation Agency (NIA).

In understanding federalism, it is instructive to look at historical parallels. This tussle between central authority and decentralisation is relevant for democracies, especially large or diverse ones. It goes without saying that there is no such debate in authoritarian countries, where the outcome of any such tussle can only have one outcome, with central authority prevailing. As such, it is a good sign for Indian democracy that this is a matter of debate.

Even in democracies, this debate is less relevant for smaller, more homogenous nations, although there are those among them that have enough diversity for the issue to be germane. But it is really only in large, diverse democracies that this debate is the most lively.

The best example of it from another country is the United States (US), the second-largest democracy. After its colonies declared Independence from the British in 1776, it still took many years of war before they prevailed. But even after the US war of independence ended in 1783, for several years the newly independent nation continued to be an unwieldy amalgamation of the original 13 colonies, such as New York and Virginia. With inadequate central authority, the US was ungovernable. That only changed in 1789, with the adoption of its constitution, and the creation of a union government, with General Washington elected as President in 1792, and an independent judiciary. Ever since, from time to time, it’s supreme court issues judgments that either limit or enhance federal authority.

Many resisters of central authority in India often refer to the Constitution’s description of our Republic as a “Union of states.” If that was all there was to it, India too would be ungovernable, as the US was 250 years ago. Fortunately, the drafters of our Constitution were cognisant of history, especially BR Ambedkar, who had, in fact, completed his higher education in the US.

Thus it is that our Republic has features that are both federal as well as unitary. But in fact, it has numerically and qualitatively many more features that give an edge to the authority of the Union government. These include, unlike some other federal democracies, no separate State constitutions (the abrogated Article 370 had been the only exception); more items on the Union List than the State List; and even empowers the Union government to legislate on a particular state subject if two or more states request it.

Therefore, the Constitution has more accurately been described as “the centripetal bias in it is strong, it is only federal in form and unitary in spirit and, therefore, quasi-federal in nature.” The wisdom of our Constituent Assembly is on display here, recognising both that a vast country needs much devolution of authority for governance to be practical, but also that the Union government must have the necessary powers to keep matters spiralling out of control.

However, the tone and tenor of some domestic commentators often wrongly insinuates the concept of federalism as being a one-way street, with the emphasis only on devolution of authority, as if the powers of the Union are somehow subservient, or not intended to be exercised. In reality, it works both ways. The quasi-federal nature of our Constitution has sometimes been called “cooperative federalism,” recognising the inherent interdependence of the union and state governments.

Thus, in the wake of years of rising inter-state crime and terrorist attacks, a dozen years ago there was general consensus on the need for concerted national resources to be devoted to it, leading to the formation of the National Investigation Agency. And indeed that has yielded dividends, with the agency playing an important role in drastically curbing terror attacks and investigating major crimes. It is ironic that after so many years, and after largely succeeding rather than failing, the establishment of the National Investigation Agency is suddenly faced with a legal challenge. And that too, by a state now governed by the very party that legislated it when it ran the Union government. It is perhaps no surprise that states governed by it are also threatening to “not implement” CAA, despite it being a Union subject, and this very amendment having been specifically advocated in 2003 by the party’s soon to be prime minister.

Of course, hypocrisy is not exactly unheard of in politics, and these about-turns are more likely short-term posturing rather than deeply held convictions. But they can take a toll on the nation.