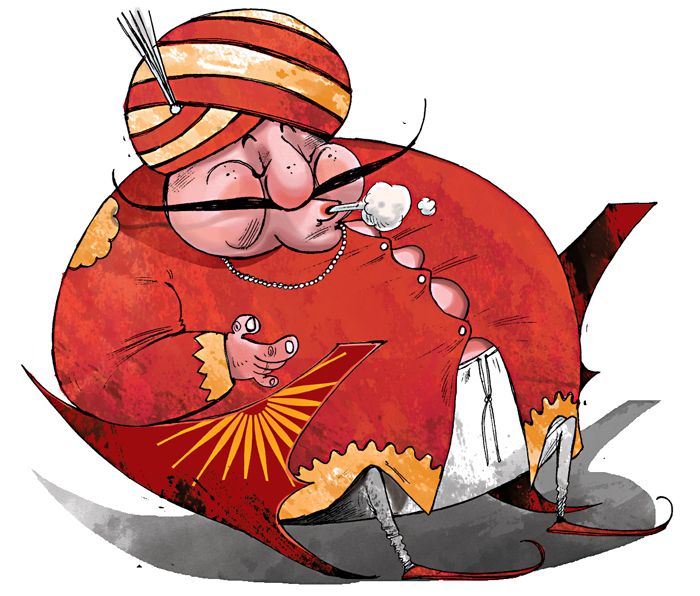 This article has been published in 'The Times of India' on 7th June, 2017.

Let the Maharaja go: Air India disinvestment will erase doubts about NDA government’s will to reform

There is a buzz in the air about the possible privatisation of Air India (AI), that quintessential public sector white elephant. Since 1991, this has been seen as the ultimate litmus test of every Indian government’s reformist convictions, which none has yet managed to conquer.

That is ironic, since on several occasions the respective governments of the day have managed far more substantial economic reforms. Consider two examples from either end of the 26 years since liberalisation began. First, Prime Minister Narasimha Rao’s dismantling of industrial licensing was much more impactful than the government getting out of any one company or sector.

Similarly, the enactment of the Goods and Services Tax (GST) by the present government heralds a seismic shift in India’s economy. While Rao deftly used India’s looming international repayments default to push through his reform, Prime Minister Narendra Modi had to manage his economic magnum opus without any such crisis for cover.

The former is often appreciated for his shrewd use of the old adage to never waste a good crisis, and the latter deserves similar kudos for sheer persistence. For GST did not arrive on autopilot. No stone was left unturned to make it happen, despite many setbacks along the way, including widespread rumours last year that the government was no longer serious about it.

Nevertheless, to investors and markets there is something sexy about privatising a marquee Public Sector Undertaking (PSU) that does not seem to be matched by more structural reform, at least in the short term.

That could be for a variety of reasons, one being that the fiscal benefits of privatising a prominent PSU boondoggle are immediately visible. The bleeding of public finances that is stanched may be relatively small compared to, say, the fiscal deficit. But it is more or less undisputed, whereas agreeing on the exact long-term benefits of a deeper reform is usually beset with many ifs, ands, or buts.

Despite sporadic PSU selloffs, it has long been known that India finds it difficult to decisively put behind decades of misguided government efforts at running commercial enterprises. Even using the term privatisation has proved a taboo, with euphemisms like strategic disinvestment being favoured instead.

Other attempts at political correctness have included reliance on Public Private Partnerships (PPPs) as an alternative to encouraging outright private sector investment. That camouflage opened the doors for private investment into such previously forbidden areas as infrastructure, where the gap between what is needed and available from public coffers is gargantuan. But the results have been discouraging, mostly due to the public sector partners’ bureaucratic DNA overpowering their role as the fig leaf in these projects.

That such subterfuge was felt necessary despite the desperate need for private investment, says a lot about Indian politicians’ diffidence about selling reforms on merit and logic. It should be instructive that reformist legends like Thatcher and Reagan were not alone in having to market their policies. Even autocratic China’s Deng Xiaoping, who otherwise had no need to persuade the Chinese public about anything much, turned salesman for economic reforms.

There are indications that change is in the air. Modi’s aggressive marketing of his Aadhaar-linked rejig of the cooking gas subsidy, as well as his political pitch for GST during recent state election campaigns, augur well. If enough of his colleagues take the cue – not to mention down and out opposition leaders looking for a new game plan – it might even represent a turning point.

Taking stock of this government’s track record on economic reforms would have to acknowledge not just the once-in-a-generation GST, but also a bunch of other measures. Those should include mid-level efforts on both the legislative front, such as the one permitting more Foreign Direct Investment (FDI) in the insurance sector, as well as executive fiats, like the recent one abolishing the Foreign Investment Promotion Board (FIPB) altogether.

There are a number of other such measures, such as the deregulation of diesel pricing, the bankruptcy law, permitting the private sector to invest in railways and defence, and back into commercial coal mining. But there remain a number of items on investor and markets’ wish lists that are still pending, including labour law reform, deregulation of kerosene and fertiliser pricing, and many more.

When many commentators were critical of the government’s cautious approach to reforms back in 2015 and 2016, they may not have fully understood the dynamics of political capital. For instance, its lack of numbers in the Rajya Sabha could not be overcome, leading to an early setback in the ambitious attempt to redo the land acquisition act.

But irrespective of whether or not commentators have given enough credit to this government’s economic reforms in the meantime, they can today rightfully ask for greater boldness from it. And the PM, his pockets bulging with the most political capital he has ever had till now, would do well to heed them.

On Air India, finance minister Arun Jaitley was reported to have said that if the private sector could run 86% of civil aviation, it could very well run 100%, and without a Rs 50,000 crore public subsidy for one airline. If that sentiment is translated into action, it would dramatically change the perception about this government’s reformist credentials.